We use technologies such as cookies to facilitate your use of our website and for statistical and marketing purposes. If you do not block these files, you agree to their use and storage in the device’s memory. By changing your browser settings, you can independently manage cookies. More information in our privacy policy.

The E-mail has been sent!

What is the real range of LoRa?

The topic of LoRa distance appears in various articles, mostly describing the setting of new world records. As of today, the record is as high as 832 km! But how do these distances relate to real-world applications — are these hundreds of kilometers the actual working ranges in LoRa technology? Let’s try to find out.

The topic of LoRa distance appears in various articles, mostly describing the setting of new world records. As of today, the record is as high as 832 km! But how do these distances relate to real-world applications — are these hundreds of kilometers the actual working ranges in LoRa technology? Let’s try to find out.

To better understand how range works in wireless transmission, we need to know the three main properties that characterise radio networks:

All objects in the Fresnel zone adversely affect the signal level and reduce the communication range. The big advantage of LoRa technology is its use of the ISM operating band: 868 MHz, 915 MHz and 923 MHz. These frequencies are much lower than the popular 2,4 GHz and 5 GHz, resulting in lower transmission losses and much better penetration through obstacles such as building walls or trees. Additionally, interference from 2,4 GHz and 5 GHz devices, such as the Wi-Fi and Bluetooth in nearly every home, is avoided.

The type of antenna used has an important effect on working range. The most common antennas in modern IoT devices fall into four main groups. These are:

a) chip antennas are small, and soldered directly to the PCB and require only a matching circuit and a well designed PCB to work properly. Chip antennas are optimised to work in one chosen direction. These antennas are very popular for miniaturisation — they allow significant size reductions at the expense of slightly lower range.

b) PCB antennas are formed from PCB tracks. They are small, and cheap to make. These antennas can be made directly on the device PCB, or as a separate element connected through a U.FL antenna connector. PCB antennas can be customised for a wide variety of characteristics and configurations.

c) omnidirectional antennas are usually rod antennas, used mainly in gateways due to their large size. These antennas emit over long distances because they concentrate energy in the horizontal plane. They usually have IP67 rating, which allows them to work outdoors in the presence of water and dust. d) directional antennas are usually Yagi-Uda, sector or panel antennas. They are used less frequently in IoT than other types of antennas, but can be useful for applications such as distant, stationary nodes.

Range testing of the Yosensi nodes

We range-tested different types of antennas. Our measurements were conducted in a suburban area with a wide variety of buildings. The signal line passed through factories, single-family houses, and forest — see fig. 4.

Characteristics of our tests

At first glance, we can see that the chip antenna behaves differently from the others, due to its size and its low energy gain. The greatest ranges were obtained for antennas with high energy gain (antennas 1, 2, 3 and 4). Node transmission at 25 mW, combined with an antenna with an energy gain of 5–6 dBi, allows a range of 7 km (measured in a straight line). For maximum range, the best transmission parameters are obtained using directional antennas, owing to their strongly focused, unidirectional beams.

Our devices are very often equipped with antenna number 7. This is a very small chip antenna which, when properly tuned can achieve incredible ranges — in this case 3.5 km! Imagine a device about the size of a table tennis ball that can communicate over such a long distance, sending 40000 data frames on a single small battery — it’s amazing! We invite you to get to know our product — YO 360.

Our test confirmed that terrain type has a great impact on range. Forests significantly limited the range, which can be very seen in the diagrams (fig. 5, 6). The first location was unique place because, despite the short distance (620 m) it was behind a huge, metal-structure building. Antennas 5 and 7 show a clear effect of the metal structure. Interestingly, the measured parameters did not always decrease with increasing distance. In several cases, the transmission parameters were in fact better for the longer distances than for closer ones. This is related to the obstacles along the radio transmission line.

Our results may seem small compared to the world record, but they show how much the range is affected by the conditions in which the test is performed. In free space, only the air losses matter, whereas in real conditions there are many obstacles blocking the signal. Assuming ideal conditions, we can say that, for a range measured along a straight line of 7 km with a single gateway, we will get a coverage of 154 km². However, these are ideal conditions that cannot be achieved in an urban area. It will, however, be applicable in undeveloped areas, e.g. for monitoring soil conditions in open fields.

Our research can be summarized in the following points for increasing coverage: 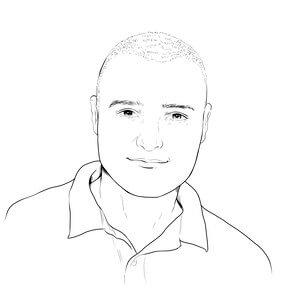